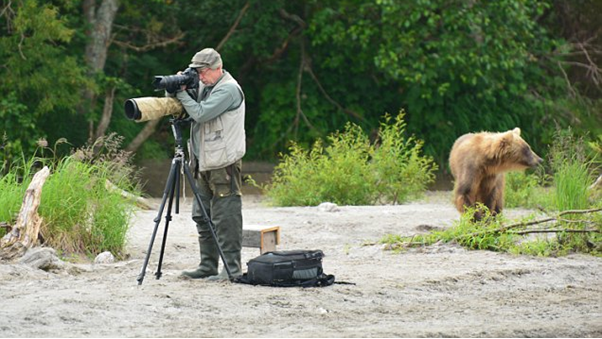 Recently in the news, an article was published announcing that a number of jurisdictions, including Bermuda, have announced that they were setting up public registers on which the ownership of legal entities would be maintained (“UBO Registers”).

Despite all the criticism levelled by financial crime prevention critics about how long this has taken (who tend to be a more “glass half empty” bunch anyways), I’m slightly more optimistic over the progress worldwide that’s been made over the last two years when it comes to ownership transparency.

A recent report published at the request of the Economic and Monetary Affairs Committee of the European Parliament, provides proof of this. Entitled “Blacklisting, measures against letterbox companies, AML regulations and a European executive” (“Report”), the document summaries a study of several measures the European Parliament and European Commission have discussed to improve the European Union’s (“EU”) anti-money laundering (“AML”) policy.

The Report’s authors looked at reporting and transparency requirements related to UBO registers, by examining the scoring assigned by a well-known non-governmental organisation – the Tax Justice Network’s 2020 Financial Secrecy Index. The first finding made by the authors, was that realistically, no jurisdiction has yet fully fulfilled all of the transparency requirements established by the Network. And the range of scores assigning across the different EU Member States made for an interesting read.

With a score of 100 representing the least transparency and 0 being fully transparent, Member State scores ranged from a good showing by Slovenia with 30 points, while others scored a disappointing 90 points, in comparison.

But 'things are a 'changing', or so goes the song, because the authors found that the overall number of jurisdictions worldwide with UBO registers increased by more than had been expected. There are now 69 jurisdictions to date out of a total of 133 jurisdictions who have set up registry laws. And now, all EU Member States require that companies be registered.  In fact, Europe and South America are reported as leading the way when it comes to company registration requirements.

Not only that, but registers containing information about private foundations and trusts are also operational in several different jurisdictions, including several in the EU.  While public access to information on these registers may vary, it is a far cry from where things were at when the 4th Anti-Money Laundering Directive was first introduced in 2015.

As part of the Captivated Audience podcast series, I spoke with a number of different technology and innovation providers about financial crime prevention. The one key observation they made that resonates when it comes to UBO registers is: data quality. For registries to be reliable, the data on them must be verified. There’s a number of ways this can happen.

Some people feel that the agencies responsible for the registers should be responsible for verifying the accuracy of the information that goes on them. In some jurisdictions, company formation agents are required to conduct AML/CFT checks on the parties who engage them to form companies on their behalf. And more commonly, firms will undertake their own verification either by using supporting RegTech that will cross reference registry information with government data bases, for example. Firms will now also have to look to the information they collect to comply with tax obligations about controlling persons, which will also help to verify the accuracy of information obtained from a register.

Avoid Being Deceived by the Obvious: KYC and Registers

The new requirements under Article 14 of the 5AMLD may require that obliged entities notify regulators when they spot a discrepancy between the information they have and what a registry had published on its website. While that may prove useful over time, firms still need to satisfy themselves that the data found on a register can be relied upon and even then, more may need to be done to establish who truly controls the company or partnership they are dealing with.

But sometimes, further investigation of registry information is needed, even when it can be readily backed up from a data aggregation tool that trawls open source information over the internet.  Instead, sometimes a review is needed across companies, their accounts and even their shareholdings, as one of my recent articles described, to determine who really calls the shots.

Understanding the difference between authorised versus issued shares, a general partner and a limited partner and even why special purpose vehicles are used, is essential knowledge that a KYC staff member needs to have to properly understand what information on a registry actually means.

The number of registers being operationalised and are accessible around the worldwide is a promising development that we should not be too cynical over. No, not all of them are fully transparent and yes, some still charge a fee to access their information. It is still early days and I’m optimistic we’ll see greater transparency in the years to come.

But in the meantime, that transparency may not mean much unless firms ensure that their KYC teams understand how to interpret the information found on those registries. This goes well beyond seeing whether an individual owns 25% of the shares in a company.  Some illicit actors hide in plain sight, and it is only when a company’s structure, control and activities are looked to as a whole that the trust is revealed.

Being able to identify anomalies in share powers in articles of association and changes in ownership, are all essential analytical skills needed to ensure that illicit actors who manage keep their names off registers, are not able to control those same entities from the background. The registers are an excellent tool to be leveraged, but really work best when combined with focused analysis and assessment of the customer relationship as a whole.